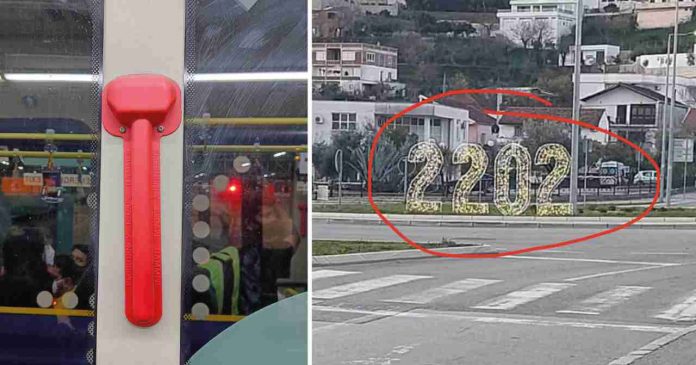 How many times have we not started something and left it halfway? Or we also think that we are capable of fixing something without the help of a professional but we make things worse. You’ve probably done both.

In the following list you will see that to carry out a simple task it takes more than a little money or contacts. In the end, all people realize that even if they pay the most generous salary in the world, the result will be far from being the best. The reality is that even if you want to do the job well, laziness, little knowledge and a lack of desire to make an effort have led many people not to be named the “worker of the month”.

Below we show you images of real cases that you will not believe were so badly done.

“We rented a house for two days and realized that you don’t have to be a plumber to understand that a picture like this is never normal.”

Preparations to celebrate the New Year have reached their final stage.

There was just no one home to close the window.

Will there be an easier task than placing the toilet paper?

Workers came, installed the refrigerator and that’s how the doors were left.

That line is as straight as possible right?

One of the worst places for a power outlet is in a bathroom.

Never let builders work unsupervised. They will definitely ruin it!

The plastic cover is upside down. Interestingly, is there a hammer inside?

“This is how my uncle rearranges bathroom tiles that can no longer be used.”

This is a rented apartment, water is supplied to the chiller?

“And this is how we change the electrical wiring”

“Made by hand and without any rules”

“Mom decided to do the bathroom tiles. Now we are looking for a teacher.”

He worked as an electrician not by profession, but by vocation.

The firewood says “keep them dry” and I think that person did not know English.

Isn’t it amazing to you how far the human being can go by not reading or being very lazy? Don’t forget to share and comment!