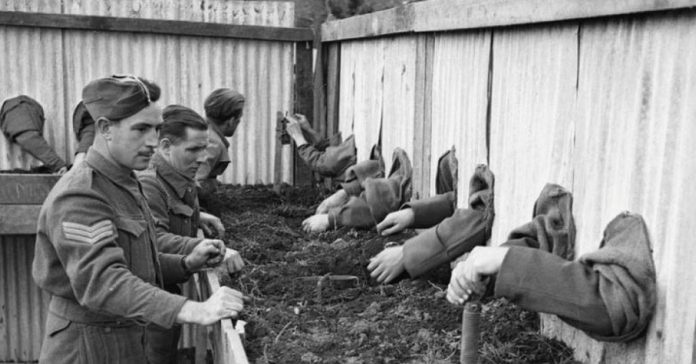 History hides so many anecdotes and facts that we do not know, with the passing of the years it is impossible to collect all the passages that have not been told, but one of the great allies of history is photography.

Although witnesses function as the main source for verifying a story, sooner or later those people who lived or witnessed it leave and there is no way to confirm if what they told was true.

However, thanks to the French scientist Joseph Nicéphore Niépce and his valuable contribution to the world, photography reached the hands of men and in 1826 the first of many was taken.

Since then, a lot has changed, history continues to remind us that we are simple human beings and the following images showed you the historical moments that you could not see but that someone managed to capture on camera. Some will surprise you and others will shock you.

A woman faints from the heat as Princess Elizabeth walks by, inspecting the Royal Women’s Army Corps honor guard in Shrewsbury, England, on July 6, 1949.

Muhammad Ali and Stallone pretending to fight at the 1976 Oscars.

A boy gives a flower to another shortly after arriving at Auschwitz. All those who appear in the photo would die in a matter of hours. May, 1944.

John Jacob Astor IV with his wife Madeleine, age 19, and their dog Kitty embarked on the Titanic in 1912. He and his pet did not survive. Madeleine survived and had her son John Jacob Astor V.

Portable straw hat radio, made by an American inventor in 1931.

The first African-American astronaut, Robert Lawrence in June 1967. A tragedy took his life on December 8 of that year, so he did not have the opportunity to go into space.

Stockholm, the day after Sweden switched traffic from the left side of the road to the right, September 3, 1967.

Chinese suicide bomber arms himself with explosives to use in an attack on Japanese tanks at the Battle of Taierzhuang, 1938.

A man on the beach at Heemskerk, Holland is fined for not wearing “decent” clothes, 1931.

View of Tower One of the World Trade Center, 1993.

Traffic in Berlin as East Germans move to West Berlin after the fall of the Berlin Wall, 1989.

Women protest the forced wearing of the hijab after the revolution, Iran, 1979.

British sappers are trained to clear mines without seeing and being able to work in the dark, 1943

Did you know about the Astor family? Or about the bans in the Netherlands? These photos are definitely proof that we have changed a lot as a society, but they remain as evidence of many historical events.