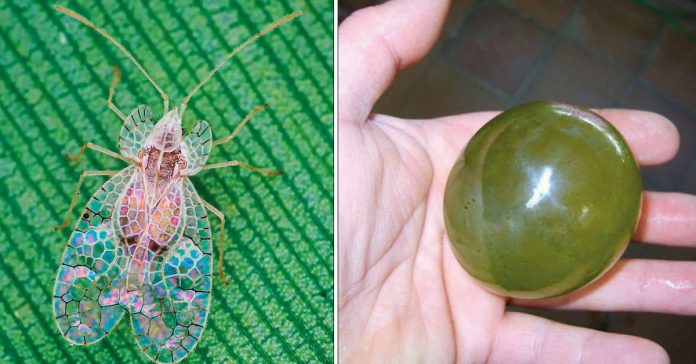 The planet Earth is so big that our mind cannot imagine how much we still need to see and know. The mere fact of living in the same place for our entire lives makes it difficult to go out and explore different parts of the world.

But today there are too many tools that allow the human being to be an explorer without the need to transport you from one place to another, thanks to the research of experts and scientists and also amateurs, it is now possible to see wonders of nature in the comfort of our home.

The following photographs are the perfect evidence of how powerful and capable nature is in the world, without so much effort it is capable of creating intense storms, imposing volcanoes, strange species or incredible plants.

Human intervention is no longer very necessary for such creations, we simply have to respect and admire. As long as they are not dangerous.

1. “A beehive appeared on my doorstep.”

3. Aspens grow in Colorado with a very unusual shape.

6. The wonders of nature can be seen like this:

8. Two rainbows on the same day must be a lucky day.

9. The size of the asparagus got out of control.

10. This moth has skulls on its wings.

11. A flower with a very unusual pattern, some say it is Fritillaria meleagris.

12. Leaves in  guttation process, occurs inside the plant during which the water from the edges of the leaves is expelled to the outside through special pores.

13. Argentine Tegu, its black and white colors are its distinctive feature.

14. Valonia ventricosa is a type of algae, it is the largest single-celled organism on Earth.

15. The lace bug has wings that look like stained glass.