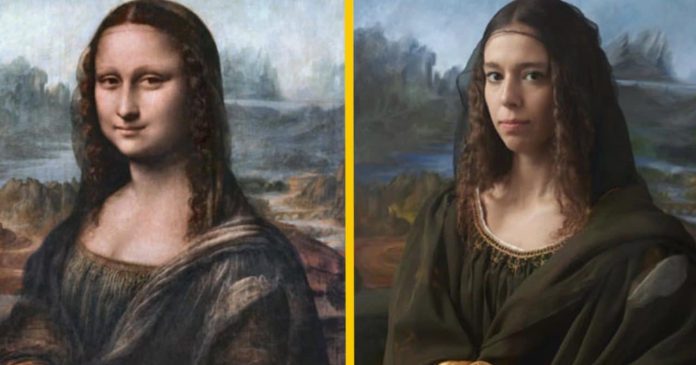 The story is undoubtedly fascinating.

Fueled by curiosity and a passion for the past, photographer Drew Gardner recreated portraits of some of the world’s most famous historical figures, featuring their direct descendants as models.

The series was not easy at all: The photographer had to locate the descendants and ask their permission to take their portraits , delving into the genealogy to see if the lineage was true. The professional paid a lot of attention to the smallest details and we can see that all the effort and dedication paid off! Believe it or not, but every costume and set was created from scratch, and everything was so authentic that it looks like it came straight out of a history book.

The photographer revealed that the inspiration for the series of photographs came when he was still 15 years old, when his mother said he looked a lot like his grandfather. Since then there has been a curiosity on Drew’s part to trace bloodlines and record similarities between them. Below, you’ll see 15 side-by-side images of historical figures and their direct descendants. Check it out and let us know what you think in the comments:

6.Charles II on the left, 1653, and Lord Charles Fitzroy on the right, 9 generations apart:

8.Frederick Douglass on the left, 1863, and Reuben L. Andrews on the right:

9.Berthe Morisot on the left, 1872, and a great-granddaughter Lucie Rouart on the right:

11.Elizabeth Cady Stanton on the left, 1850, and Elizabeth Jenkins-Sahlin on the right:

13.William Wordsworth on the left, 1798 and his great-grandson Andtom Wontner on the right:

15.The inventor Isambard Kingdom Brunel on the left and his great-grandson on the right:

These were historical figures, but do you look like any of your ancestors? Leave us your comparisons in the comments! Share this gallery with your friends who love history.