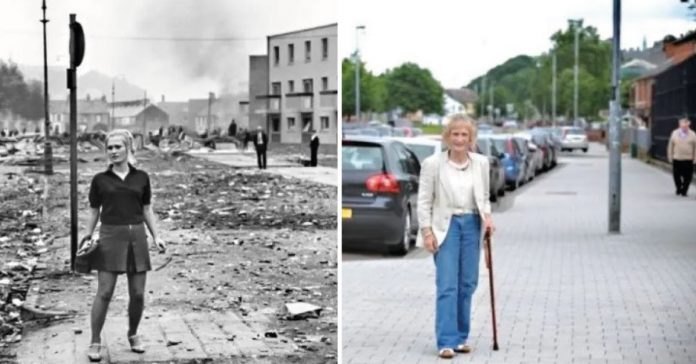 If you had the chance to travel through time, would you do it? That is a question that many people have probably asked themselves throughout their lives. In addition to curiosity, the question of going back in time has become an obsession for many but it remains an impossible mission.

However, photography and painting have been a perfect accompanying tool to be able to do it, even if it is through sight. It is a matter of looking for a photo of your city, your street or yourself a few years ago, to achieve it.

In the following images, you can see obvious examples of how much things can change. A feeling of nostalgia overwhelms us when looking at old photos of significant places, things or people that are now completely transformed due to the inevitable passage of time.

1.As cities grow, so do their surroundings.

3.Fifty-eight years of evolution and progress.

10.Model of Ancient Rome vs satellite view of Rome today.

12.The famous house of Abraham Lincoln.