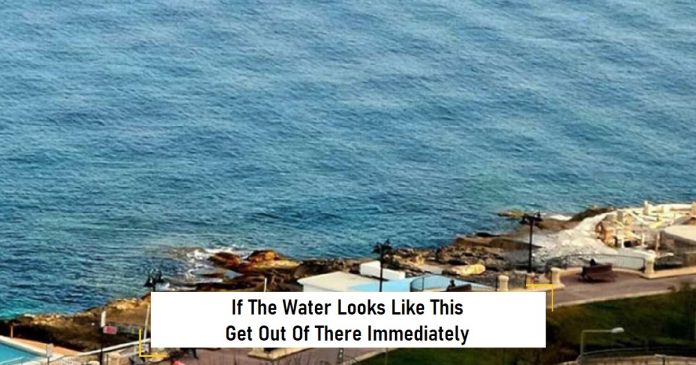 You certainly must have seen in a movie how people suffer in emergencies or natural disasters, right? It’s like everything went wrong, like a car sinking and the door is stuck.

Well, for that, the experts suggest that the best and fastest way to get out of a sinking vehicle is to immediately remove your seat belt, roll down the window and escape, because in seconds your exit will be impossible. With that in mind, we’ve compiled 12 crucial facts that you may not have thought were so important during an emergency. Check this out, and if you know anything else, be sure to share it with us in the comments:

1.This octopus has enough venom to kill 26 adults at the same time.

Despite being very small, the blue-ringed octopus is one of the deadliest marine animals on the planet and its venom can kill a total of 26 adult humans in a matter of minutes.

Within 5 to 10 minutes of the sting, the victim begins to experience paresthesia, numbness, and shortness of breath . Nausea and vomiting are two other main effects. There are cases where people are said to be conscious but unable to speak or move. So if you notice this little creature, don’t bother it at all and just walk away from it to stay alive.

2.Never eat snow, even if you are desperate for water.

If you’re stuck in a forest somewhere cold and desperately need to find a water source, you might be tempted to eat some snow.

But it is better to abandon this idea: in such cold environments there is a danger of hypothermia, caused by extreme exposure to cold. To make matters worse, putting something completely frozen in your body will only make hypothermia happen faster. The solution is to try to melt the snow with a lighter or something that can make a fire.

3.In an emergency, use aluminum foil to fill the gap in the battery compartment if it is not the correct size.

Just imagine the scene: you are stuck in the middle of a difficult situation, or even a natural disaster, and you desperately need AA batteries, but you could only find AAA.

If you can find aluminum foil, you can easily use it to resolve the situation. Try and see for yourself!

4.In the event of a tornado, it is best to hide in the bathtub.

Even if you are told to run to the nearest shelter when a tornado hits, you may not have enough time for that.

Therefore, bathtubs have proven to be the safest places in your home to hide in the event of a tornado. According to AccuWeather, bathrooms have a strong structure, and the tubes help hold the structure together. Plus, bathtubs are so well anchored to the ground that they ‘re often the only things left in homes after these catastrophes. Simply take large pillows to protect yourself from debris that may fall on you. If you feel that the wind is so strong that it can carry you far, hold on to the taps.

5.Use absorbents for large wounds.

A company called Kimberly Clark developed Cellucotton, a material that could absorb large amounts of blood during World War II. Using this, bandages for soldiers were created.

After the war, this new invention was used to create tampons for women. Absorbents will help keep the wound free of debris until you find medical professionals to help you.

6.If someone points a gun at you, maintain eye contact.

Confronting a person with a gun is one of the scariest ideas that crosses your mind. However, as difficult as it may seem, maintaining close eye contact with the weapon carrier is the best thing to do .

Looking them straight in the eye will make them feel uncomfortable and even feel bad about what they’re doing. Even if they wanted to rob you, they may be embarrassed: remember that the person on the other end is still a human being and only feels stronger because she is holding a gun.

After major natural disasters like tornadoes and hurricanes, water supplies are severely contaminated, if not cut off completely, according to the FDA.

To prepare, stock up on water and fill all sinks and bathtubs with water so there are no shortages in the aftermath of the disaster.

Another solution to using tap water safely is to boil the water before using it. By boiling it, all harmful organisms are killed, which makes it safe.

8.You can ask Siri to call an ambulance in an emergency.

In 2016, the mother of a 1-year-old girl in Australia saw her daughter turn blue on her baby monitor. She immediately ran for CPR, but on the way she dropped the phone on the ground. However, she remembered that she could use Siri and yelled, “Siri, call an ambulance.” Siri called the paramedics and the mother contacted them , indicating her address. Paramedics arrived and revived the girl. Later, the mother sent a letter to Apple to thank the company for inventing Siri, which she saved her daughter from.

9.Do not support a person who has passed out.

Never try to lift a passed out person: According to the Mayo Clinic, the best thing to do is to raise your feet above the level of your heart and keep them there until you regain consciousness.

Elevated feet intensify blood flow to the brain and thus return oxygen, the lack of which caused them to pass out. Loosen the person’s belt, if they are wearing it, and only when consciousness returns will you help the person to their feet. Remember not to let the person drink caffeinated beverages.

10.To check if you are being followed, turn right four times.

If you have been driving for a long time and still see the same car behind you, even though it has made some detours, it is possible that you are being followed.

The best advice you can follow is to stay calm and turn right 4 times in a row. This will bring you back to where you were and if the other car is still behind you, there is no doubt that they are now looking for you. If this is the case, try to get to a noisy road, with a lot of people nearby, or go to a police station.

11.Is there the right music to listen to while driving?

Many people listen to music while driving, but according to a study, people who drive while listening to upbeat music have shown an increase in heart rate, which is a deadly mix behind the wheel. These people seemed to focus more on the music than the road.

It was also shown that listening to music you don’t like can also have negative effects on you, causing irritation, stress and distraction and thus making you reckless.

It was found that despite the belief that classical music calms people’s nerves, people who drive while listening to it become reckless and erratic. Finally, the study concluded that the best music to listen to should correspond to each person’s heart rate , which is between 60-80 beats per minute.

12.Square waves are beautiful, but they hide powerful currents beneath them.

Square wave systems (or as they are scientifically called: ‘Cross Sea’ ) are a phenomenon caused when waves from certain weather systems continue to exist, even though the wind has changed.

Waves may look beautiful, but there are powerful currents hidden below the surface and that is why waves still exist, even if the wind has changed. If you see these waves forming while you are in the water, you should get out of the sea as soon as possible to stay safe.

Do you know data that can save someone’s life? Feel free to leave them in the comments. Share this note with your loved ones, you won’t know when they might need it.