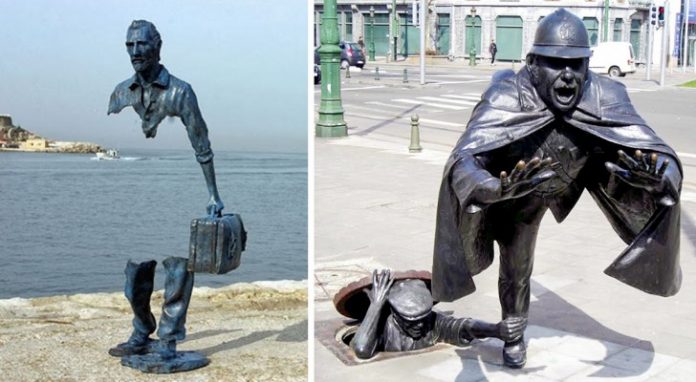 Given its ability to inspire, entertain or make people think, art should not be limited exclusively to museum walls, but should be accessible to everyone, every day.

That’s why today we decided to take a virtual world tour, to show you the sculptures that are found in cities with different profiles, but which all have one thing in common: they are outdoors , they all fit in with their surroundings. A surprising turn.

The scoundrel of the canal, Tom Frantzen, Brussels (Belgium)

The image is visible only from a certain angle…