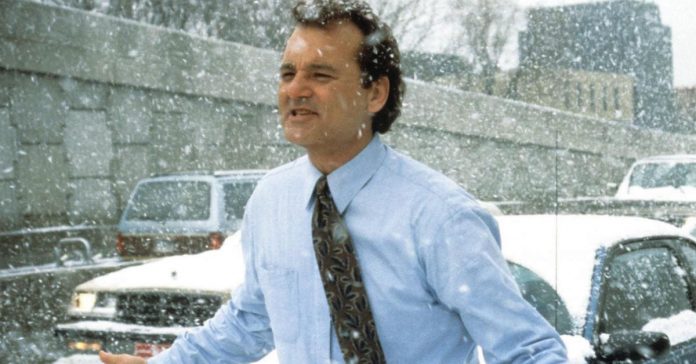 We are in the middle of the winter season, at least in a large part of the planet, and with it come the Christmas and New Year holidays and festivities. For this reason, films that are inspired by or located in these icy settings are so attractive to viewers.

In the world of film and television it is not always easy to produce this type of production, because they require a large budget and more if they want to move to a location similar to what they have in mind.

The following films are a taste of how intense it can be to record something like this, but in the end they ended up being a great result for the public, leaving the weather as a main character in the plot.

The movie is inspired by a real life story about a Japanese expedition in the 1950s. The film focuses on a group of experts and scientists led by the guide Jerry Shepard (Paul Walker), as well as other people who will do everything possible to survive a terrible accident, thanks to the help of some puppies who help them in his expedition.

Jack Torrance played by Jack Nicholson created one of the most recognizable memes in movie history. Talking about the movie is a bit unnecessary, because it is a classic movie.

It is an American film written and directed by Quentin Tarantino, it was released in the United States in 2015. It is of the western genre and mixes others such as mystery and black comedy.

Bill Murray stars as Phil Connors, an arrogant Pittsburgh meteorologist who, while covering Groundhog Day in Punxsutawney, Pennsylvania, ends up getting stuck in a time loop, repeating the same day over and over again. After falling into a series of situations, some extreme, he decides to reexamine his life and his priorities.

The film with which Leonardo DiCaprio won his first Oscar was directed and produced by the Mexican Alejandro González Iñarritu and tells the story of a 19th century trapper and explorer who is mortally wounded and survives almost miraculously.

The members of the American research station 31 in Antarctica are alerted by sounds of gunshots and explosions, from there a series of unfortunate events take place that put them on the edge of their own nerves. It is a mix of horror and mystery.

The award-winning and considered one of the best television series of all time, is set in different settings, but one of them is located in the cold winter of the north, where House Stark is its faithful defender.

With a mixture of mystery and thriller, the film begins with a crime, thus involving an FBI agent who has to collaborate with a veteran tracker during the investigation on a Native American reservation.

The magical and beautiful story of the Pevensie brothers moves to Narnia, a land full of magic and extraordinary beings, as well as incredible settings full of fantasy. At the end of the story, Peter, Susan, Edmund and Lucy have the best of their adventures.